Why I Probably Won’t Finish Wolfenstein: The New Order 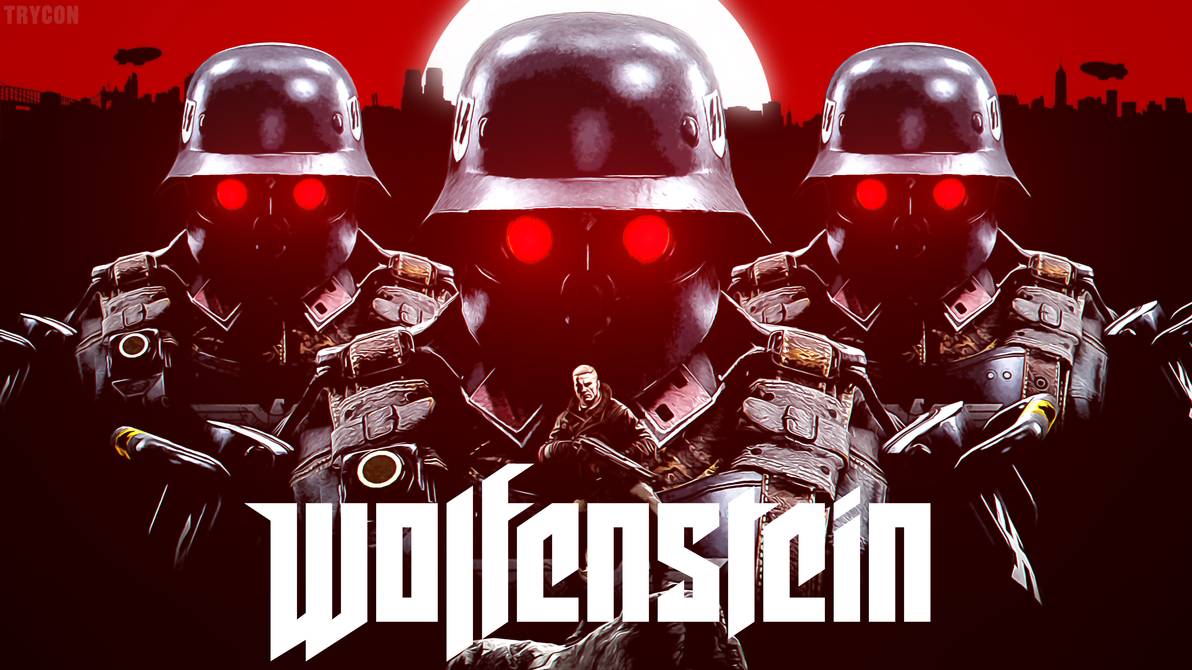 The completionist in me weeps to face that reality. But let’s start from the beginning.

This week I decided to opt-in for Playstation Now — which is a good investment for the gamer who isn’t hung up on playing the newest and shiniest releases. PS Now has a pretty good selection–including both Wolfenstein: The New Order and Wolfenstein: The New Colossus among a number of other (oldish) games across genres.

The first thing I chose to download was Wolfenstein: TNO as I’ve been circling the series for a few years without taking the leap before now.

I’m not a huge fan of First-Person Shooters. This is strange only because Goldeneye is one of my all time favorites (it is an N64 staple and revolutionized the FPS as we all know it) but I haven’t been all that impressed with modern FPS offerings because I’m not interested in running around in fatigues and getting shot down by uber talented 8 year-olds in multi-player.

But, as usual, I digress.

I have a very real love/hate relationship with Wolfenstein: TNO, and I realize that much of my aversion is due to its unfamiliarity. I’ve never played a game that pits me against menacing super-Nazi’s, I’ve never before jumped out of my real world skin when a large robot dog from hell, or Panzerhund as they’re called, leapt out at me and tore me to bits. I’ve never watched a guy I was talking to get blown to pieces seconds later by the car bomb he put in his trunk.

However, after playing through the first few hours, I got a hang of things and could see the appeal, and that appeal–like with most FPS games–is full-on immersion. 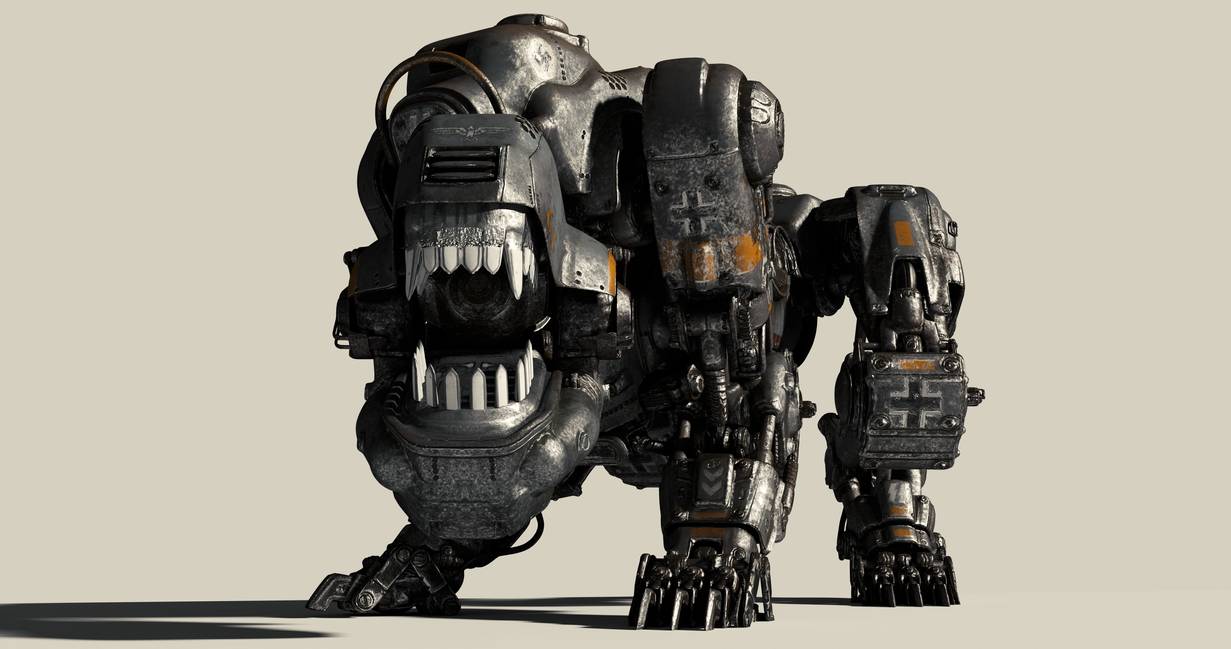 Enter the Panzerhund. Image by  jQueary1991 from Deviant Art.

I should add that I started playing this game on “I AM DEATH INCARNATE” difficulty level because I’m a sadomasochist. “I AM DEATH INCARNATE” is only one level below the hardest difficulty level, “UBER”. After playing at “IADC”, I cannot imagine what sort of sicko can even play one level of this game on “UBER”, but I know I never want to meet them and that they are probably a 12 year-old killing machine.

Anyway, after being killed like 1,000 times and yelling at my fiance in frustration, I moved the difficulty level down one peg to “BRING ‘EM ON”. This level is still really hard, but it gives you a fighting chance which means the world in a game chock full of deadly surprises.

I should mention that the Wolfenstein franchise is known to be difficult,  so after checking my ego, I quit my belly-aching and locked in for an extremely exciting ride, and boy is it exciting, but I’m still not sure that I’ll see things through.

Don’t get me wrong, this game offers an experience that I’ve never quite had before. I was invested in this game in a way I haven’t been in a long time, and I can only attribute this to how the act of fighting murderous Nazi’s in an alternate reality really got under my skin.

I’m a wimp, so the realistic violence is a bit much for me. The immersion is impressive, but it will be a large part of why I don’t finish the game. For example, when the main character, William “B.J.” Blazkowicz, was being tortured early on in the game, the first-person perspective made me feel like I was in the hot seat, and dammit, with the way the world is now I can’t play a game that stresses me out so much.

I regularly shiver with anxiety while navigating whatever cold Nazi stronghold I’ve broken into, performing impeccable stealth kills or mowing down a gaggle of Nazi scum with whatever heavy weapon I’ve picked up along the way. I bite my nails during cut scenes as I prepare for whatever fresh hell Wolfenstein: TNO has in store for me. I pump my fist in maniacal glee after leveling an entire army of Nazis.

All of these visceral reactions show just how amazing Wolfenstein: TNO order is, but, alas, this old gamer’s heart can’t take it.

So as I power up my PS4 to inhabit Blazkowicz’s handsome body one more time, I realize that while I may be over the repetition of shooting, diving for cover, and being gunned down–brutally–over and over, I can enjoy it for as long as I desire without the added pressure of needing to see it through to the end.

While the completionist in me isn’t quite happy knowing I’m playing a game I won’t finish, I can fully appreciate the masterpiece that is the Wolfenstein series. And you never know, I might post here one day and reveal that I completed the game after all. But I won’t beat myself up if I don’t. I’ll leave that to the Nazis.

← Darkest Dungeon: Tips for Surviving the Best Turn-Based RPG You’ve Never Heard Of
Which Platforms Are Next for Final Fantasy VII Remake? →